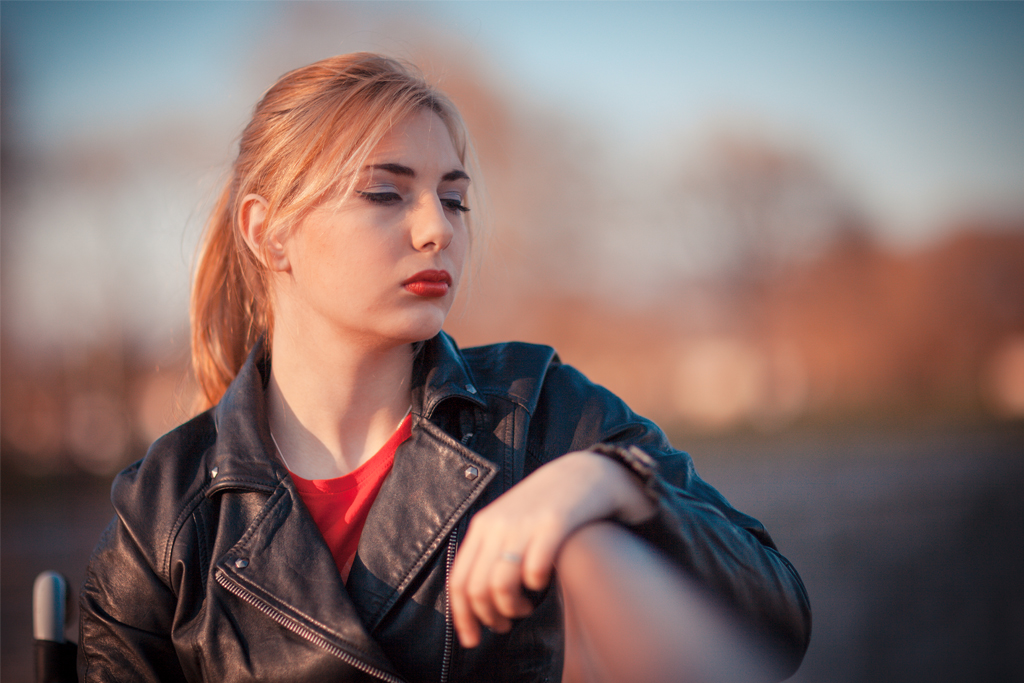 I’ve been told I was rare

Having in mind that the tests on Facebook do not always put me in the “special” category based on my eye color or on the side I usually sleep on and the shape of my toenails, I have completed a different and a lot more legitimate test and it turned out that I am a part of the 0,000001% of the population in the world! The test is called – “Have you got a mutated gene?” The result of the test was positive; in other words, I have a mutated gene that is a cause of a certain disease, Friedreich’s ataxia, and I’ve been told I was rare based only on that disease, having in mind that only a few ten thousand people in the world suffer from it.

I’ve often been asked how I felt about it. Truth be told, I haven’t felt anything really – I only wanted to go home. At the time I was nine years old, and that is the period in childhood when you do not want to be special in any way, but as any other child; to have an opportunity to grow up and do all the things the adults can. And then I’ve been told that me and me exclusively would not be able to. Yeah, right! I didn’t believe any of it, of course. I mean, I have never heard of any such disease and how did it show up and chose to “attack” me? I wanted to know as little as possible about that disease, thinking that the less I know about it the less truthful it is. A typical childish concept of truth.

As the symptoms started to get stronger, I thought that I should get to know something more about the disease (on the internet) and to get it over with, to find a way to get rid of it once and for all. I was still having a rather skeptical attitude: the doctors have said that there was no cure for it – oh, come on, please! There was nothing written in the Serbian language so I tried my luck in English. I have made a spelling mistake a few times and not even Google made any corrections of it so I took my official doctor’s report to copy the name of the disease in the search bar. In my defense, my English was at the elementary level and my Latin language was nowhere to be seen at the time. It was because of that, as well, that I was unable to understand a majority of the written text, but there were a few of the words that I could comprehend and those words made me extremely scared, especially the word wheelchair. I have completed my short adventure of researching the disease rather quickly, because it was apparent to me that not even them knew exactly what was it about. What kind of a wheelchair were they talking about now? That was preposterous due to the fact that I’m having dance lessons!

We have heard that the Atomic spa GornjaTrepca is the best choice for some of the neurological diseases, so I went there with my mother. Logically, I have seen a lot of the neurological diseases, and the nature of such diseases is to do a variety of different things to those that have them. However, none of them were rare, so for the first time in my life I found shelter in the rareness of my disease by comforting myself in the fact that, due to the differences in our diseases, none of that could ever happen to me. Even though my disease was more serious than most of the diseases I have seen there.

Something that I often remember happened to me back then: My mother and I were walking past the tea stands in the street and the owner of the stand noticed that I have been walking differently than other people and, since we were at a spa, he assumed that we were there because of me and he said: “Being sick means that God is looking at you in particular, you are more dear to Him than the others are.” That remark made me cry and I ran away. Why? That, however, is a question I was unable to answer. What exactly made me cry? Although…the answer to that is quite simple. It was because he used the word “sick”, as if it was some kind of a bad word, people avoid using it because they are polite, but he said it just like that – you are sick. Furthermore, I hadn’t considered myself being sick or ill because I thought that because my illness is not as common, that it was not an illness at all, it was unlike any real problem out there. When I look back to the past and my former attitudes I once held, however inconsistent they were, they were not naive but quite common, moreover, I had treated my illness as all the others treated them – as if they were not existent and as if they were not as serious because they were quite rare. We can find a handful of people suffering from a certain rare disease, but if all of the people in Serbia who suffer from a rare disease would gather around, the group would consist of half a million people.

Soon enough my second browsing of the internet occurred in order to find out more about that thing that I did not want to call an illness. This time I have recognized another word that made me even more afraid than the wheelchair – unpredictable. Truth be told, I didn’t even know how to interpret the word; in the beginning it was something like “who knows, maybe none of those bad things ever happen to me.” Thus the following 2-3 years have passed with my inner tension growing still. The sensitive me wanted to be whimsical and blithe and the wise me figured out the true meaning of the word unpredictable. It meant that because of the fact that my illness was rare and not researched enough, not even the biggest experts in the world do not know how it could further develop. In other words, that was it, I was convicted to not being able to rely on anyone who would have more knowledge than me and who would show me how to fight it.

I was only a child, and a stubborn one at that. I have kept doing exercises every single day while the other children were playing in the streets. I didn’t do the exercises when I was supposed to go to a medical examination in Belgrade, and those medical examinations were not seldom. My parents and I were supposed to travel around 350 kilometers in one direction only and were supposed to wait for the doctors to admit us during most of the day. My parents found such travels tiresome and painful, so did I, I guess, but I was quite happy because I have been taking breaks from school and all the exercises so that I used to spend 8-9 hour periods while waiting in order to read various books. The doctors had always been telling us much less than we already knew about, but I suppose it was normal to go see the doctors when you were ill, even if the illness was incurable, so that they can track the progression and so that they can tell you how much your condition has worsened. Although, it was quite obvious that they knew anything more about your illness than you and how could they? Not even the National Healthcare Institute knew anything more about it than you. Okay, the doctors are not useless, sometimes they would prescribe something that could help or correct something, but the “code” for treating your illness is nowhere to be seen and you are completely deprived of anything useful. I told you before, as if there was no illness in the first place. As if there was no ME in the first place. I have spent the entirety of my life proving my existence.

I have found out that there have been numerous researches for the cure. I have found out that some illnesses can be cured. I envied them all, until I realized that the cure and medications were very expensive and that the people who could be cured, much like myself, were quite non-existent for the country they were living in. They also have a hard time obtaining the cure, so that was not something to be jealous about. As a matter of fact, all of us share the same fight for the right to be seen.

So, I started going to a high school with an entire brand new image of me – orange hair, black T-shirts with heavy metal band logos on them, aviator glasses, black eyeliner, red Dr. Martin’s and that famous crippled wheelchair. All in all, I still thought of myself being cool and all, despite having them as well. I guess that the situation I was in that forced me to be in a wheelchair finally made me overcome the attitude I had that diminished my existence – that everything would become normal again. That the time will turn back to where it was before. I have started hating a lot of things in my life expecting that my former 9-year-old life would be back soon. Now, it sounds totally absurd to me. Why would I cling to something that would make me miss out on the things I am experiencing right now? The music I listened to made me advance to my next stage, only on the outside, and I have seen that there is something new, different, something that wasn’t there before, maybe something even better. I have slowly started accepting my rarity.

During my second year of high school I have published my collection of poems. That had always seemed to me as something I always wanted to do, a brand new dimension of me. Suddenly, people started noticing me, even the media. They kept talking about the quality of my poems, but also about my fight as well. As if they were expecting some kind of a solution out of me, but I have only attempted to be me in the first place, as Nietzsche would put it: “I am crazy and nothing else! Only a poet!” Although, now it seems to me that it is one of the solutions to the problem – to be yourself until the end, because that way we could never go unnoticed. My poems and I have been noticed even across the ocean.

Soon enough I have published another collection of poems, my graduation and my star-student diploma, my faculty enrollment (Faculty of Philosophy in Nis, Serbia), my first love, enrollment and completion of the IT academy studies, my third collection of poems and (hopefully) my graduation from the faculty this year. What will happen in the future, I do not know. Sometimes the word unpredictable flashed before my eyes and it scares me. But I am, nevertheless, entering each and every new stage in my life readily and letting the past become past. Maybe it was better that I didn’t have anyone near me to guide me because, this way, I have made my life completely original, and such opportunity is very rarely presented to us.

This site uses Akismet to reduce spam. Learn how your comment data is processed.